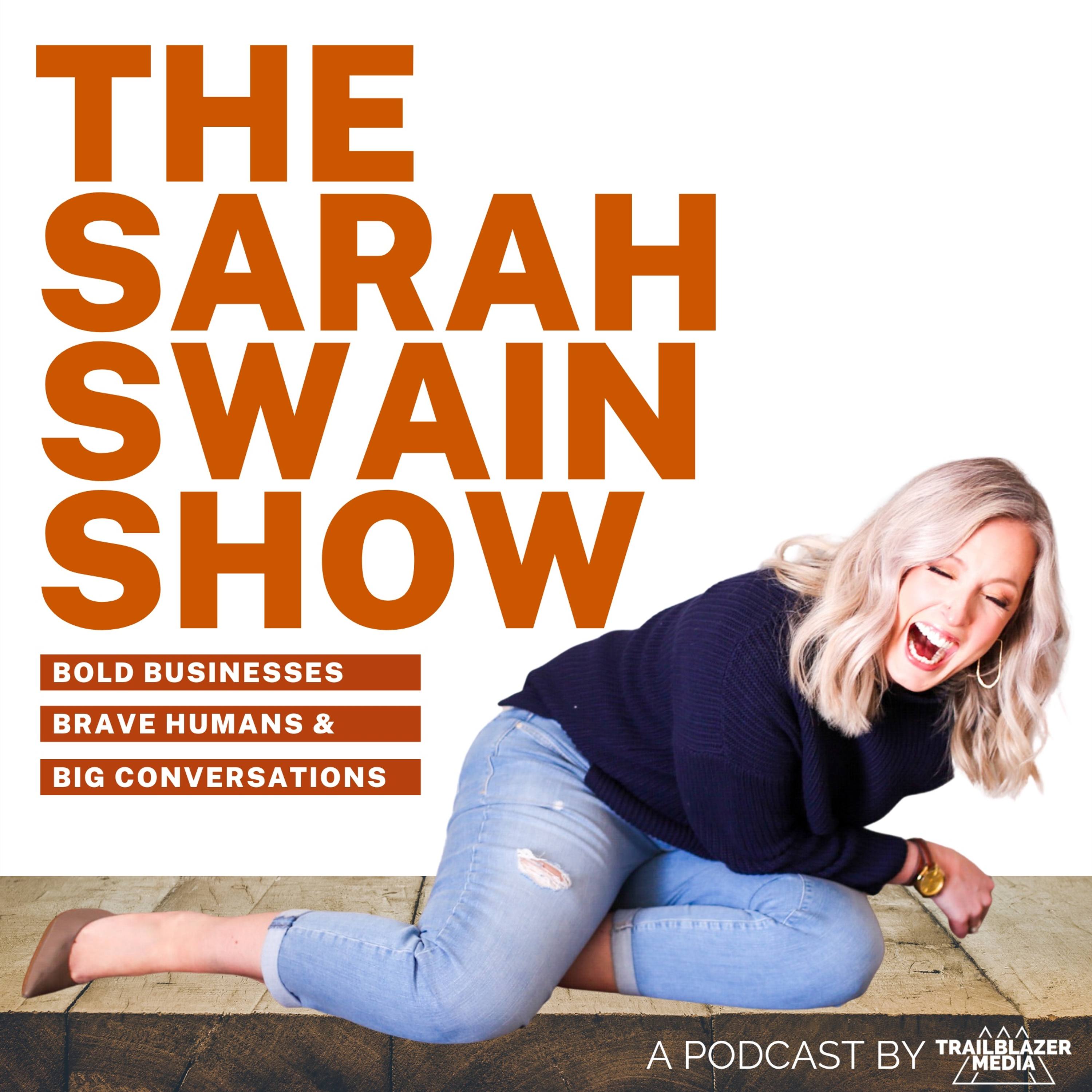 Bold Businesses. Brave Humans. Big conversations. If you're looking for a space with truthful and daring dialogue, this is it.

A few months ago we formed a group chat with 5 other Freedom Fighters and called it "The Bridge". We've been connecting, planning, and strategizing the future together inside that group. On Friday, August, 12th I went...
View Episode

014 with George Douklias from Jabless Jobs

I'm talking to George Douklias today! George is the founder and CEO of Jabless Jobs Inc, a non discriminatory employment service. Jabless Jobs began as a Telegram channel to help George find himself a job, that turned...
View Episode

Sarah wanted to know the Kid Carson behind the scenes of his very public exit from mainstream radio amidst the Freedom Convoy. This episode is very touching, as it shines a light on what it's really like for those who...
View Episode

Today I'm talking to Sunit Kaur!! Sunit is Canada’s fringe minority brown girl who talks all things holistic health and homeschooling while trolling Justin Trudeau on Twitter! We are talking about everything from the...
View Episode

Today I'm speaking with Dr. Crystal Luchkiw & her lawyer Michael Alexander. Crystal is a family/palliative care physician in Barrie ON. Graduated from Lakehead University in 2009 with HBaSc majors in English...
View Episode

Roman Baber is a former Member of Ontario's Provincial Parliament. He is running for Leader of the Conservative Party of Canada because he will not "sit back while Canadians are losing faith in Canada's democracy and...
View Episode

009 - Lions and Libertarians and Marxists, oh my! with Devon Thompson

Sarah's guest today is Devon Thompson, a Jamaican Canadian resident of Barrie, Ontario who has been fighting against the World Economic Forum’s Fascist Great reset since 2020 in both Jamaica and Canada. Devon worked...
View Episode

008 - The Charter of Rights & Freedoms With The Honourable Brian A. Peckford

An interview with the only living signatory of the Canadian Charter of Rights and Freedoms. What an honour and privilege to speak with The Honourable A. Brian Peckford P.C., on the current state of Canada. It's a long...
View Episode

007 - The Human Response to the Pandemic with Mark Groves

Mark Groves shares his insight on why people responded they way they did during the pandemic through his lens of positive psychology. Why people respond with anger when you questioned the science How belonging was...
View Episode

006 - Integrity In Business with Rebecca Matthews

Rebecca Matthews is a Vancouver restaurant owner (shout out to Corduroy!) and mother of five who questioned the catastrophic, unscientific decisions being made by the government for small business owners and provided...
View Episode

005 - Marching Across Canada For Freedom With James Topp

And one day in April of 2022, I found myself in the Medicine Hat Mall, interviewing one of the most inspiring people I have ever met. James Topp.Like many, James felt compelled to do something as a result of the...
View Episode

004 - Anna Lozano & I Jam on Self Trust In Entrepreneurship

Anna Lozana is the Co-Creator of Love Powered Co., a company that developed "simple, beautiful & oh-so-meaningful guided affirmations that are proven to create positive change in your life...in just minutes a...
View Episode